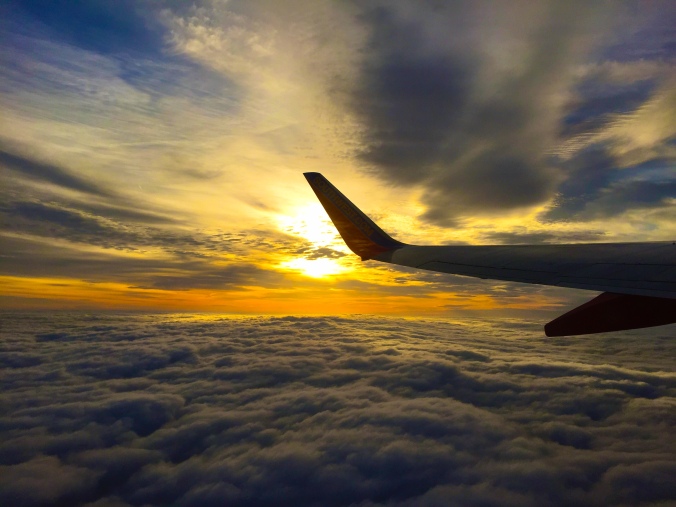 The Relocation Quandary – and some thoughts on publishing.

Dunster’s Calling was released just over a month ago and the roller-coaster ride continues. The phrases “Well, I wish I’d known that,” “It’s a marathon, not a sprint,” and “This is really hard!” echo around my house with each new discovery of a marketing tool I should have used or an avenue I didn’t take. But slowly and steadily word is getting out, and I’m encouraged anew by each reader who contacts me or a review that gets posted. The kind, heart-felt comments about how Dunster’s Calling relates to each reader makes me want to pay for another ride on the roller-coaster. Which brings me to Rodney Broome.

Rodney got in touch through my website, having found Dunster’s Calling via a British expat Facebook group he belongs to. As I read Rodney’s story, I knew I had to ask him to write something for us, as not only has he just relocated back to the United Kingdom from the United States, but he has also experienced the joys of publishing a book. With much gratitude, I share Rodney’s guest blog below, complied from our e-mails:

“I left Bristol, England for Canada, with no contacts or prospects there, in 1966 during the ‘Brain Drain.’ I was twenty-two years old. I’d wanted to go to America, as wages and salaries in the US were three times what they were in England. A high salary, California, and a large American car were the dream. However, I was initially rejected by the US. I have a degree equivalent in Building Management, the business of the construction industry, except, in the US, a ‘Building Manager’ is a janitor. That was probably why I was rejected. (You would think that there would be no language barrier!) My 1968 application said ‘Construction Engineer,’ and I was accepted, moving from Canada to California. After three years, I moved to Seattle, Washington, where I lived, mostly, for forty-five years. Seattle was low-key, more ‘normal’ (compared to California) and a pleasant surprise. I had good years there and a very interesting career in the construction business.  I’ve now been retired some six years.

In January 2016, my American partner and I sold up and returned to my British homeland after fifty years in the United States. Don’t underestimate the immigration paperwork; after six months a non-British citizen may be required to leave the country. My better half is from New York, but her mother was English so we applied for, and got, UK citizenship for her. We were going to have to leave in June (after six months), but the paperwork came through with just days to spare.

There were several reasons we decided to leave the US. Neither of us has any relatives in the US but we both have relatives in England. We have lots of American friends, of course, but when you are retired, your circle shrinks and your income drops. The US health system has always worked for me, but it is expensive. Whilst I love the US, the huge urban sprawls, strip malls, soulless highways, and the need to always be driving around gets old. However, there is much we miss about Seattle: friends, the George and Dragon Pub, wild caught salmon, oysters, CBS News, Charley Rose, Nora O’Donnell, Dateline, 60 Minutes, and US culture, arguing about politics, and things American.

Deciding to return to the United Kingdom wasn’t easy. I had owned a condominium for years in a small town on the Bristol Channel, so it was helpful we had somewhere to go, albeit a small two-bedroom flat. The town we’ve relocated to, Burnham-on-Sea, close to Exmoor, has a lot going for it. We have a sea view, the high street has virtually everything within walking distance, there are miles of beaches, the air is unpolluted, though it is usually moving at about forty miles per hour, the M-5 motorway connection is good, and Somerset farmland is ten minutes away. There have been some pleasant surprises in the UK: good newspapers, some of the TV, cider, real ale, reacquainting with long lost friends, and friendly people, who you would never meet if you didn’t make the effort to be here. The ‘biggie’ reason for my return is that things in the UK are on a ‘human scale,’ not designed for the convenience of the car, something that the USA is not very good at.

On the downside, the National Health Service is a bit scary, but it may be okay as the price is right. The government, banks, and big businesses are very ‘pushy.’ There is a bizarre insistence on debit cards, paying bills online, and automated direct debits that I refuse to go along with. British Telecom is inflexible. The traffic can be bad, round-abouts (rotaries) don’t work very well anymore, and there are traffic cameras everywhere.

My partner is familiar with the UK but even so, this is a bit of a culture shock for her. She does sometimes feel foreign and different and does have her odd depressed days. People often pick on her pronunciations and it is an issue at times. It’s the people we both miss. We both miss having American conversations with American people: politics, shop talk, and cynical banter. We both feel quite emotional/patriotic about the US.  Time will tell.

All in all, it’s been a lot of fun and you only live once.  The move does not have to be permanent and we felt it was time for an adventure.”

Rodney Broome is the author of, among other historical works, Amerike – the Briton who Gave America Its Name, in which he explores the possibility that America was named after Richard Amerike, a Bristolian, as opposed to the more widely accepted Amerigo Vespucci. Find more information at Rodney’s website, http://rodneybroome.com/. Here are his comments about publishing, for those of us trying to break into this field!

“As to publishing books, Amerike was initially published in the US as Terra-Incognita. The book tour was the best growth experience I ever had. Public speaking, TV, NPR, etc. It was a lot of fun. But the book was released just 3 weeks before September 11th, 2001, the worst possible timing. I did a scheduled Barnes and Noble book tour in empty shopping malls – and even I didn’t want to talk about Amerike! It was a real shame.

After the tour, Terra-Incognita got picked up by Sutton press in Stroud, Gloucestershire, and was released in the UK as Amerike – the Briton who Gave America Its Name. Before the book could be published in the UK, I was required to make many changes for the new market. All the dates had to be changed to day/month/year format and ‘over heres’ became ‘over theres,’ etc. It was brutal. The editing process was very illuminating to me. My writing style changed dramatically post edits, for the better.  Apparently many authors do not write very well. Getting a book published is a very tough business that’s got tougher. I gave up a long time ago trying to make money at it! I was told by an author at the Chicago Book Fair, ‘You will never make any money with a book, but it opens a lot of doors!’”

Many thanks to Rodney for his observations on relocating and publishing. I take away two messages from his input: first, it’s never too late to change your mind about relocating, which takes the stress out of feeling it’s an irreversible decision. And secondly, writing a book may not lead to fortune, but it may open doors. For me, that has already happened. It’s opened doors to people like Rodney, and all of you reading this blog. Priceless.

If you’d like to share your relocation stories, from and to anywhere in the world, please enter them in the comments section. I, for one, would love to hear what made you decide to relocate. Happy travels!

2 thoughts on “The Relocation Quandary”